(Source: Deadspin) Teams can opt to protect either

Additionally, first- and second-year pros will be exempt. (This means professionals of any kind, so the clock started ticking when they got their first minor league paycheck.) If there is one new expansion team, existing teams risk losing one player; if there are two, they could lose up to two.

Let’s have a little fun and assume that the NHL is going to expand to Las Vegas for the 2017-2018 season and there is going to be an expansion draft.  With the guidelines that were laid out the other day, and listed above, I would like to play the game of who I think the Bruins should protect next summer.

For this exercise I am protecting players like it is the 2017 offseason.  I am also assuming that Loui Eriksson will not be resigned this offseason.

So without further ado here are the 9 players BostonPucks.com would protect:

Let me explain my choices

Matt Beleskey, David Krejci and Tuukka Rask are in the next tier of players, but not of the same importance as the first four, and I could see the Bruins not protecting one of them if there is a younger, better option that develops over the next year.

The Omissions and Notes

We also do not know how some of the younger defensemen will develop over the next calendar year.  Maybe Colin Miller and Joe Morrow live up to expectations and then maybe the Bruins would pick option 1 (One goalie, seven forwards, and three defensemen) if that is the case.

Also, next year Malcolm Subban will need to clear waivers to be sent down to Providence since he will have completed his Entry Level Contract this year.  If Malcolm is Tuukka’s backup next year and plays well would the Bruins protect Malcolm instead of Tuukka?  Either way Malcolm could be available in an expansion draft because after next year he will have 4 years of pro experience.  Also, Zane McIntyre will have completed 2 pro seasons by the expansion draft, so he could be available to an expansion team.

Next season with the expansion draft looming it could heat up the trade market because teams might want to trade the players they do not plan to protect, so they get compensation for them instead of losing them for nothing.  Also, teams might use the expansion draft as a salary dump.  It will allow them to potentially clear over paid players from their salary cap.  If the team in Las Vegas is willing to spend up to the cap, or close to it, they could put together a competitive team which it is believed to be the NHL’s plan.

Like the source article from Deadspin said the Expansion Draft would be a lot of fun.  Stay tuned fans. 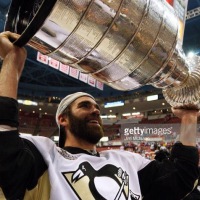