Fasten your seat belt we are about to hit some turbulence.  The NHL draft weekend has come and gone and we have some thoughts on it.  Some of us expected draft night fireworks but unfortunately that never really happened.

Probably the biggest trade was the Detroit Red Wings moving the Pavel Datsyuk contract to the Coyotes.  We expected Kevin Shattenkirk and Cam Fowler to be traded and that did not happen.  There were also rumors that our friends to the north, the Montreal Canadiens, were going to trade PK Subban.   Calgary made a nice splash by acquiring Brian Elliot to shore up their goaltending woes.  But based on Bruins GM Don Sweeney’s press conference after the first round it sounded like the asking price for trades league wide were really high.

As for the Bruins, I said in our Bruins Off Season Preview that if a trade is hung up because the other team wants either David Pastrnak or Frank Vatrano I would not do it.  The prices seemed to come down on day two of the draft where the Florida Panthers traded Dmitry Kulikov, plus the 33rd overall pick to the Buffalo Sabres for Defenseman Mark Pysyk, 38th overall pick and the 89th overall pick.  And the Bruins had been rumored to be interested in Kulikov.  If the Bruins did not make the trade deadline deals for Lee Stempniak and John Micheal Liles they would have had the draft picks to pull that trade off.  Alas, this is just another example of bad asset management by the Bruins.

In total the Bruins drafted 6 players in the two day event.  Collegiate players were the theme to this year’s draft for the Bruins.  4 of the 6 players the Bruins selected will be playing NCAA hockey this coming season.  Like last year’s draft there were some picks that raised eyebrows.

In the first round the Bruins took Boston University defenseman Charlie McAvoy with the 14th overall pick.  I would have preferred Donte Fabbro at this spot because I think he might end up being the more well rounded player but McAvoy is a very solid pick and appropriate at the 14th position. Picking between McAvoy and Fabbro is like trying to choose which model to date.  McAvoy was playing against men at BU as a freshman when he should have been a senior in high school.  McAvoy still managed to be named to the Hockey East All Rookie team.  Due to McAvoy’s age he may stay at BU for a couple more years, but I also would not be surprised if he turns pro after next season.

The Bruins second pick in the first round (29th overall) is where things get a little bumpy.  The Bruins selected Trent Frederic from the National Development Program.  Frederic will be playing for Tony Granato at Wisconsin next season.  Frederic is a big strong center but Bob Mackenzie had him ranked 54 on his pre-draft rankings and the Red Line Report had him ranked 112.  The Bruins have admitted that Frederic will not be a top 6 forward, so I am not sure why they used the 29th pick for a guy they know is not going to be a skilled player at the NHL level.  I would have like to see them take someone like Tyler Benson, who ended up going 3 picks later at 32 to the Oilers.  Benson was ranked in the pre-season in the top 10.  Due to injuries he was only able to play in 30 games (28 points) for the Vancouver Giants of the WHL.

In the second round the Bruins took defenseman, Ryan Lindgren from the National Development Program 49th overall.  The hard nosed defenseman will be attending the University of Minnesota in August.  According to Kirk Luedeke from the scoutingpost.com and the Red Line Report “The B’s brass is excited to add this player- he has the makings of a rock on the second pairing who will eat huge minutes and has enough offensive presence to boost the team at both ends of the ice.  Again- character is key and he has it.  He brings an intensity and commands respect that makes it clear why he wore the ‘C’ for two years in the NTDP.”

The Bruins did not pick again until the 5th round where they took Joona Koppanen from Finland with the 135th overall pick.  Koppanen is 6’5″ and is more of a shutdown center.  With the very next pick (136) the Bruins took defenseman, Cameron Clarke from Lone Star (NAHL).  Clarke will be attending Ferris State in the fall and looks to be a nice late round pickup.  Clarke is older (20 years old) and will most likely play 3, or 4 years of NCAA hockey before turning pro.

To round out the draft the Bruins selected 5’9″ Oskar Steen from Sweden with their 6th round pick (136th overall).

The Bruins traded their 7th round pick (195th) to the Florida Panthers, who then selected South Burlington, Vermont native Ben Finkelstein with the pick.  Finkelstein will be playing at St. Lawrence University next season.

By the end of the draft the Bruins added a few quality prospects that will push for spots in a few years.  It was more of the same from the Bruins this year though.  They went into the draft looking to get immediate help on the blue line and they were not able to get it done.  They also want off the board for a first round pick (DeBrusk and Senyshyn in 2015 and Frederic this year).

The good thing about the draft being complete is the market for trades will be reset because the currency has changed.  Now teams will be looking at 2017 draft picks.  Maybe the prices will come down a bit and the Bruins will be able to get that top 4 defenseman they have been looking for since they traded away Dougie Hamilton.  There is still a lot of demand out there.  You can bet the Oilers are going to be in the mix now that they have Jesse Puljujarvi.  They will be looking to move out either Taylor Hall, Ryan Nugent-Hopkins, or Jordan Eberle to shore up their blue line.  Those three players are better than any player the Bruins could offer so it might be hard to compete.  The only thing that might go in the Bruins favor is the cap hit of both of those players and the team moving a defenseman is most likely making the trade to clear cap space.  Also, 111 restricted free agents league-wide were not tendered their qualifying offers, thus allowing them to become free agents.  It doesn’t mean studs have suddenly become available but some pretty serviceable players have now deepened the free agency pool opening on July 1st.

Don Sweeney still has a lot of work to do and other teams in the Bruins division have already gotten better since the Stanley Cup was won a few weeks ago.  Part 1 of the off season is done and now we’re onto free agency this Friday. 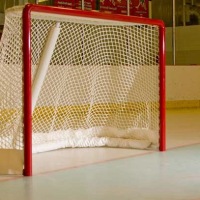 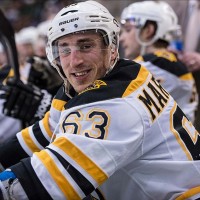 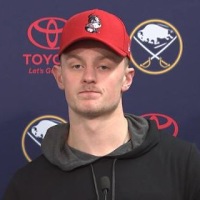 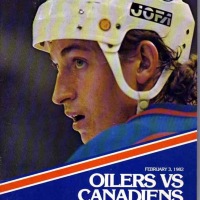