Yesterday EA Sports released their 35 second teaser video promoting the September release of NHL 18. And while keyboard heroes in forums everywhere will rip this effort from ankle to asshole I would advise everyone to relax. EA is not doing a full NHL trailer and feature reveal until the NHL awards show in Las Vegas on June 21. So take a deep breath.

But, what I will say is has caused loyal NHL gamers to have concern is in the message EA sent in their teaser. Which was:

“When you grow up playing hockey they teach you a lot of things. Get the puck deep. Finish your checks. Make the simple play. But then again… Where’s the fun in that?”

NHL gamers would argue where’s the fun in playing a game that’s proven over the past few years that at it’s core it can’t make a simple play. It can’t make a quick, easy breakout pass. You can’t finish a check on the puck carrier without him getting up and still getting the puck. You can’t even do something as simple as face the puck without fighting the controller. EA’s NHL series A.I. and core mechanics on next gen consoles have been flawed and then some.

But I get it. It’s just a teaser video. They are trying to sell this game to a casual gamer, not us lifers, by featuring ridiculous one-handed dekes even though one-handed dekes is probably the last thing the NHL series needs. And today’s NHL 17 mechanics, as scary as it is to say this, is an improvement from ’15 and ’16. They’re just not going to publicly advertise more core improvements because having a teaser video saying “you can now finally have a well executed simple breakout!” in their game isn’t a sexy sell. But it’s exactly what NHL 18 needs.

The only other concern from the teaser is the featured player, Mitch Marner, initially starts with a white taped stick (see the image at the top) yet finishes his move with a completely different stick with black tape:

And Marner wears a Warrior helmet not a Bauer helmet.

What’s more, these dekes they’re featuring aren’t “new”. They were in XBox 360 versions of NHL years ago, removed, and are now being put back in and sold as new, again. These details aren’t game breaking because again I’m not the target audience for this teaser but it shows the lack of care for details from people who work on and sell the product. It’s lazy.

Presentation wise I enjoyed the video despite the shallow message it sent. It does look good even if it’s all too familiar.

Until I know if the core gameplay has been improved I’m not going to take a stance on whether NHL 18 will suck or not. But I can’t say this teaser reassured my hope that NHL 18 will be a much needed improvement from 17 in any way shape or form. 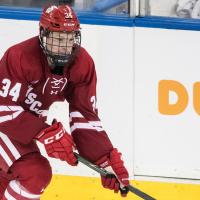 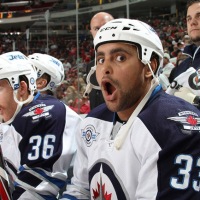